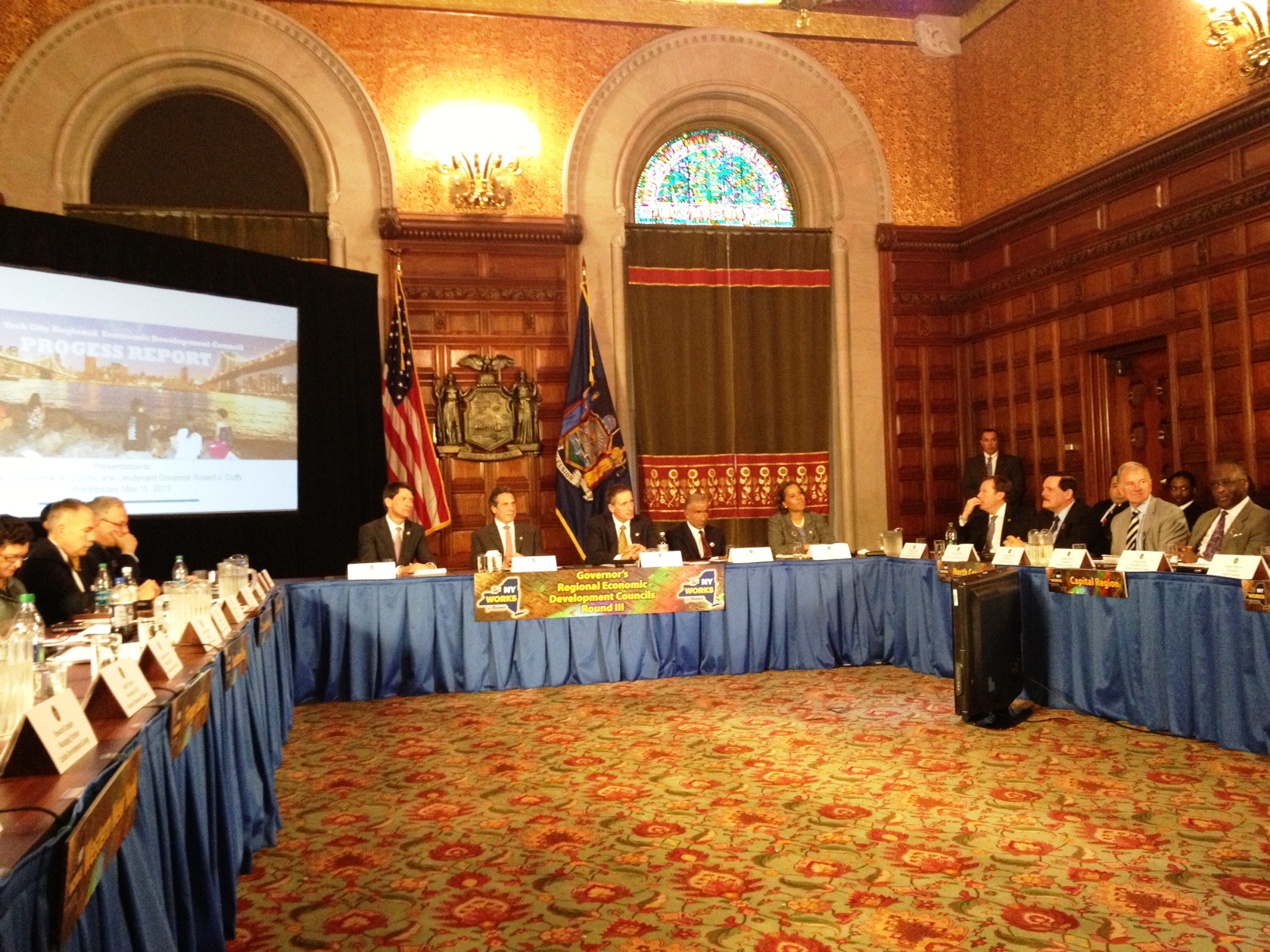 Governor Andrew M. Cuomo today kicked off round three of the Regional Economic Development Council (REDC)s, hosting council co-chairs and local economic development officials in Albany to detail the third round of the process and officially launch the 2013 competition.

“Over the past two years, the Regional Economic Development Councils have been a tremendous success, transforming our state’s approach to job creating from a traditional Albany top-down model to a community-based, bottom-up process,” Governor Cuomo said. “From Niagara Falls, to Plattsburgh, to Long Island, the results are clear in communities all across the state as new projects are being launched, creating jobs and supporting local economic growth. Today we are building on that success, convening local job creators and community leaders from across the state to officially kick off round three of the Regional Councils.”

Lieutenant Governor Robert J. Duffy, Chair of the Regional Economic Development Councils said, “The past two rounds of the Regional Economic Development Councils have shown what a difference we can make to local economies by listening to regional business and community leaders. Under Governor Cuomo’s vision, we will continue to do this and ensure that New York State is on the path to economic success. I thank each of the Co-Chairs and their teams for the countless hours and continued dedication to rebuilding New York State, and applaud them for the achievements made so far.”

In Round III of the REDC Competition, $760 million in state funding and tax incentives will be awarded:

All ten regions will compete against each other. Five regions identified as “top performers” will receive $25 million each and the remaining will compete for the balance of $25 million. Each region is also eligible for up to $10 million in tax credits.

Regions designated as a “Top Performer” will be required to demonstrate:

Application materials will be available by June 3rd. The CFA will open to applicants on June 17th and submissions from the regional councils are due September 24th.

The Governor today unveiled the Innovations Hot Spots Competition that will promote the commercialization academic research and grow the state’s economy. Under the competition, REDCs will put regional incubator plans together that foster innovation by offering startups low-cost and support to help commercialize academic research.

About the Consolidated Funding Application:

As part of Governor Cuomo’s efforts to improve the state’s economic development model, a NYS Consolidated Funding Application (CFA) was created to streamline and expedite the grant application process. The CFA process marks a fundamental shift in the way state resources are allocated, ensuring less bureaucracy and greater efficiency to fulfill local economic development needs. The CFA serves as the single entry point for access to economic development funding, ensuring applicants no longer have to slowly navigate multiple agencies and sources without any mechanism for coordination. Now, economic development projects use the CFA as a support mechanism to access multiple state funding sources through one application, making the process quicker, easier, and more productive.