More than three-fourths of Niagara County’s borders are comprised of water. The County is bound by the Niagara River to the west, Lake Ontario to the north, and Tonawanda Creek to the south. The County shares its only land border with both Genesee and Orleans County to the east.

“The City of Lockport has been behind us and we really love the community. There is a ready and willing workforce – plus some of the best cuisine in Western New York!”

“Over the years, we’ve worked closely with the Niagara County Industrial Development Agency and Niagara Small Business Development Center (SBDC) on various projects. Everyone has always illustrated total dedication and a willingness to make our company successful.”

– Rich Profeta of Matrix Imaging Solutions relocated his company to Niagara County in 1997. 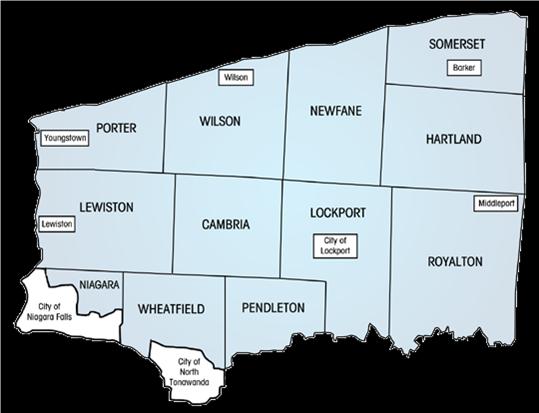